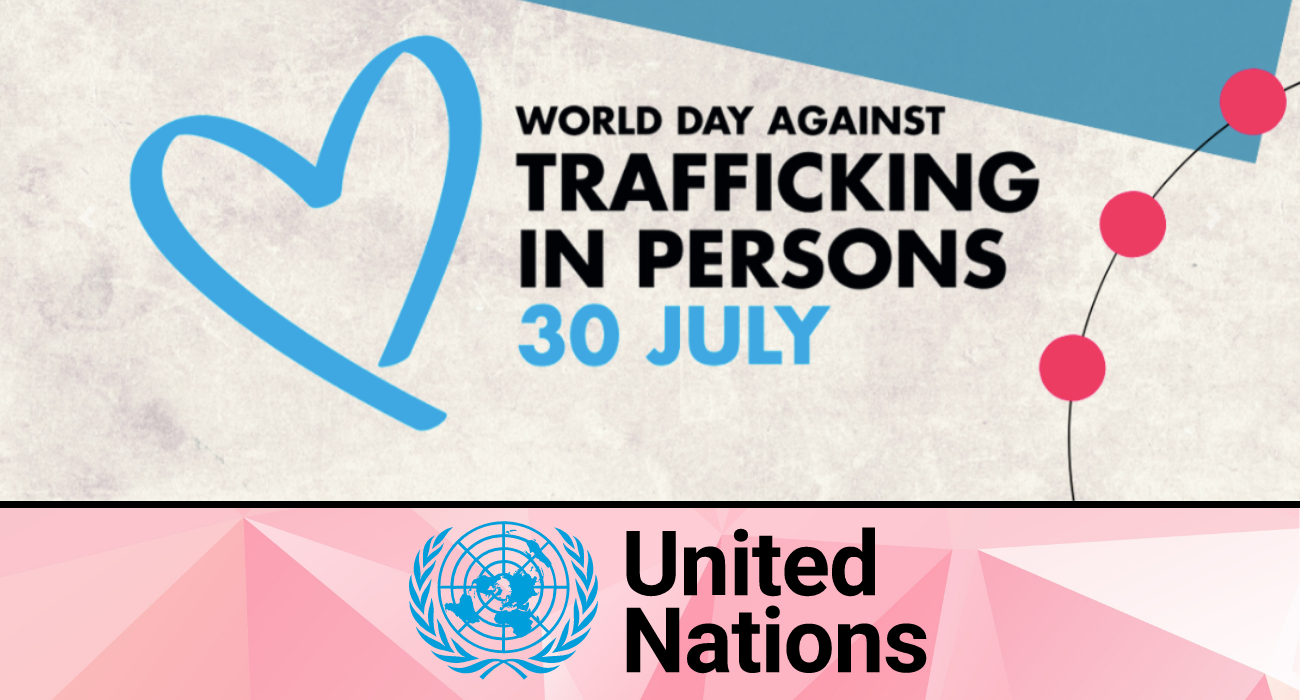 Saturday, July 30th is World Day Against Trafficking in Persons.

In 2013, the United Nations adopted a resolution designating July 30th as the World Day Against Trafficking in Persons, building on the work it had been doing for at least a decade before that date. The goal was to “raise awareness of the situation of victims of human trafficking and for the promotion and protection of their rights.”

Based on my personal exposure to the issue of human trafficking with a focus on sex trafficking, in particular, awareness and understanding are key to meeting the actual goal of the United Nations and other international, national, and local organizations—to stop the trafficking of human beings by other human beings.

About 10 years ago, I had an opportunity to learn about the issue of human trafficking in Southern Nevada. Like so many people I knew, I assumed that human trafficking was not our problem. Based on my limited understanding at that time and what I saw on TV, I thought that it involved foreign women brought to the United States against their will, they were over 18 years of age and they definitely were not from our local community.

Because of this, initially, I was skeptical. Such began my journey of discovery and I haven’t turned back. If I can impress one thing upon everyone reading, it is that human trafficking is a You problem, it’s a Me problem…. it’s an Everyone problem.

What do I mean by that? I mean that most of the victims of human trafficking in Southern Nevada, particularly sex trafficking, are not only from the United States but the victims are from Nevada or a nearby state.

I also mean that human trafficking is affecting the lives of minors – children under the age of 18 – in our country. I always pause when I hear this—this is an issue for our children and yet so many people don’t know anything about it. Let me share an example that brought chills when I read it and made me wonder why this type of report didn’t make it to the front page of every newspaper.

On May 21, 2022, the headline of an article in The Daily Beast read: “Eight Arrested After Snatching Teen at Dallas Mavericks Game.” It initially sounded like a kidnapping, until I read further, and discovered that a 15-year-old was abducted at a public sporting event, after leaving her father to go to the bathroom. She was then transported to Oklahoma and allegedly trafficked with the knowledge of this group of eight people. What? This can’t happen—but it does.

To further share the scope of this problem in Nevada, let’s look at the research. In 2020, Arizona State University’s Office of Sex Trafficking Intervention Research, working with the Las Vegas Metropolitan Police Department Vice Enforcement and Sex Trafficking Unit, collected data on child sex trafficking cases over an eight-year period (2011-2019) and conducted an in-depth analysis. The results of their research are staggering.

Here are a few statistics that may surprise and upset you at the same time:

More recently, here is information from January through early June of 2022 from the Las Vegas Metropolitan Police Department (LVMPD) about crimes related to the trafficking of adults and children. LVMPD reported 53 arrests of buyers (those who purchase sex through a trafficker) during this time period, which reflects only the buyers who were caught, as so many go undetected each year.

There have been 38 juvenile sex trafficking victims identified already this year, the majority of whom are from Las Vegas (22), with 12 from neighboring California, and 70 identified Adult Sex Trafficking/Pandering victims. Again, this is just in the Las Vegas area. The LVMPD continues to put resources towards addressing this problem, works with and supports organizations in Southern Nevada that are trying to address this problem, and provides available data that helps bring perspective to the problem.

What do we do with all of this information? How do we stop the scenarios like the one that occurred at the sporting event in Texas? We take the opportunity this year, on July 30th, to share our newfound knowledge with others, particularly those in power in business and in government. We support organizations in our community that are fighting human trafficking or are providing resources for survivors of trafficking. We reach out to our elected officials, in advance of the next legislative session beginning in February, and ask them what they are doing to address trafficking in Nevada.

One organization that is trying to make a difference is the Nevada Policy Council on Human Trafficking. Established by ImpactNV in 2020, the Council is made up of a diverse cross-section of community leaders coming together to pursue collaborative, long-term, systemic strategies to decrease sex trafficking in our state.

This Council has established a policy agenda that focuses on reducing demand by focusing on buyer conduct and penalties, improving victim/survivor support, and strengthening the existing system through data capture, accessibility, and transparency.

United Way of Southern Nevada has partnered with ImpactNV to implement its United Against Human Trafficking Community Impact Project, funded through a partnership between United Way Worldwide and UPS, which includes support for the establishment of this policy council. During the most recent legislative session, the Nevada Policy Council on Human Trafficking was able to meet with legislators and support several important pieces of legislation to protect the rights of trafficking victims.

So, if you do nothing else on The International Day of Trafficking in Persons, please share what you’ve learned about trafficking or share one of these data points with someone who does not understand this issue, to help build awareness and be a part of the solution.

About the Author: Lora Picini

Lora Picini is an ImpactNV board member
Published On: July 29, 2022Categories: Social Sustainability0 Comments
Share this
Tweet this
Email this