In Honor of World Rivers Day: An Update on the State of the Colorado River Basin 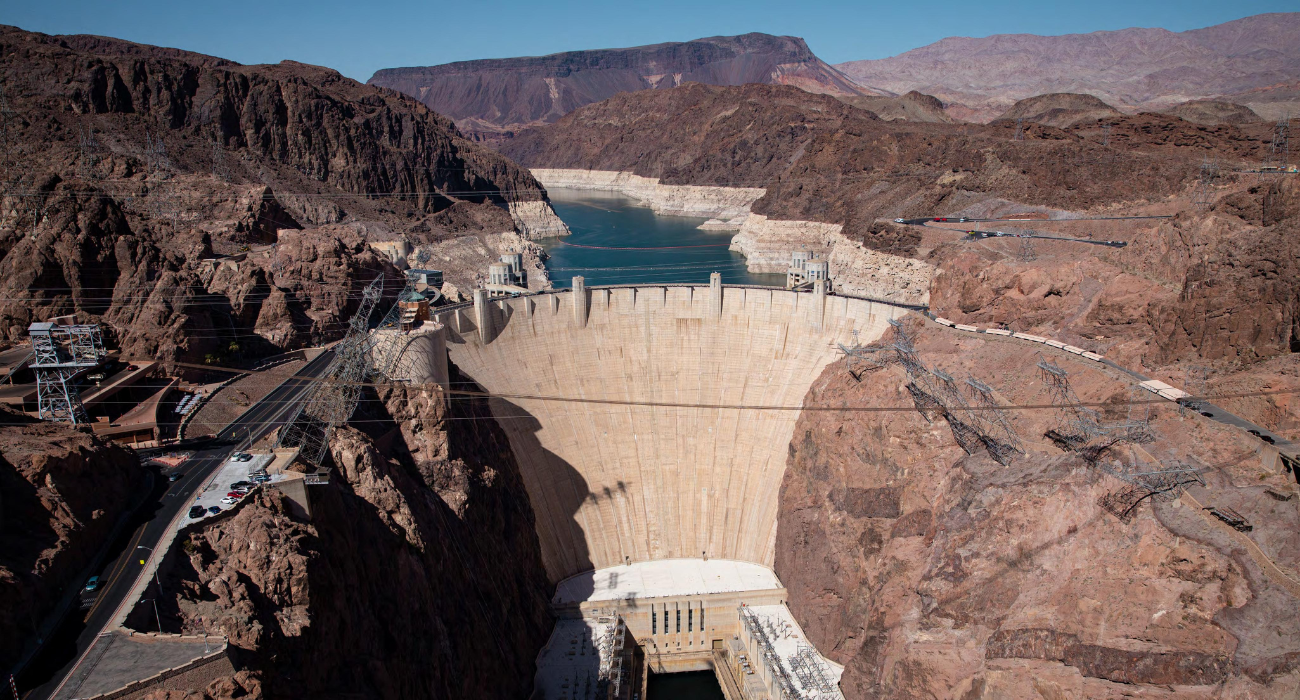 The Colorado River is the lifeblood of the American West – more than 40 million residents of the Southwest depend on it for agricultural and municipal use. However, since 2000, the Colorado River Basin has experienced diminished flows and shrinking reservoir storage. This has been the result of drought and changing climatic conditions that have resulted in higher temperatures, changing continental weather patterns, and more variable precipitation which has in turn impacted water elevations at lakes Powell and Mead, the river system’s two largest storage reservoirs. Future projections that incorporate the latest climate projections show even greater reduced river flows on top of greater demand. From an environmental standpoint, the river is at an inflection point.

Governing water use is the century-old “Law of the River” – a collection of agreements among the seven Colorado River Basin states and Mexico that determines the allocation of water. Although determined in a particularly wet year, the “Upper” and “Lower” Basins were each allocated 7.5 million acre-feet per year – Mexico would later receive an additional 1.5 million acre-feet. Proportionate shares that were determined in the 1920’s – California received more than a quarter of the total allocation – do not necessarily translate given the shifts in population or changes in demand and use of the 21st Century, let alone a change in climate. Nevada, for example, is allocated 300,000 acre-feet per year (AFY), or about 98 billion gallons of consumptive use from the river – less than 2% of the total 16.5 million acre-feet allocated.  Despite this small slice of the Colorado River, adopted at a time when Southern Nevada was sparsely populated and when water flows were not representative of drought conditions that began around 2002, Southern Nevada has continuously innovated and thrived and has been recognized as a leader in water resources management.

Since 1991, the  Southern Nevada Water Authority (SNWA) has served as the region’s water wholesale purveyor, managing regional water resources through an adopted Water Resource Plan and a regional Conservation Plan for its member agencies that include the Las Vegas Valley Water District and local municipalities. SNWA protects Lake Mead’s water quality, provides regional water treatment, infrastructure, and conservation programs for Las Vegas residents and businesses, and coordinates water rates and policy. Water is drawn from Lake Mead through three intake structures and pumped to two water treatment facilities. From there, it is distributed to the four public water utilities. The system is capable of treating and transmitting at least  900 million gallons per day, ensuring uninterrupted service to Las Vegas – and to the more than three-quarters of a million additional residents that have moved to the region since the early 2000’s, and an average of 40 million annual visitors. Currently, residents, businesses, and visitors consume approximately 120 gallons per person, per day, 80% of which is used outdoors for irrigation – mostly for single-family homes.

Both wastewater – water consumed indoors – and stormwater leave the Las Vegas Valley through the Las Vegas Wash, the sole drain of the watershed. Through both direct and indirect reuse, Southern Nevada recycles 99 percent of its wastewater and receives “Return-Flow Credits” that account for roughly 40 percent of the water used in Southern Nevada, making it the second largest resource of the region’s water resource portfolio. On average, 44 million gallons of wastewater are collected every day through the City’s 1,800 mile-long sanitary sewer system and treated at plants along the Las Vegas Wash. A small fraction of the highly treated effluent is directly reused as recycled water for secondary consumptive uses, but most is indirectly reused by returning Colorado River water to Lake Mead, allowing the community to reuse every gallon it returns. Through direct and indirect reuse, Southern Nevada recycles nearly all water used indoors, making water reuse the second largest resource in the region’s portfolio.

As a lot of recent national attention has been placed on Lake Mead and the drought, Southern Nevada continues to proactively plan for drought conditions and climate change beyond existing aggressive conservation efforts designed to reduce consumptive use. In August, additional cuts to Colorado River allocations were announced by the Bureau of Reclamation and the Secretary of Interior. While Arizona is by far the most impacted state in the Lower Basin, Nevada is still not spared a cut and is anticipating a 25,000 acre feet allocation if the elevation of the Lake is below 1,050 feet on January 1, 2023, which is what is projected to hit. The SNWA Water Resource Plan anticipates the potential of continued and even worsening drought and climate, but demonstrates sufficient water supplies to meet projected demands, provided the community achieves efficiency targets and continues to maintain and develop a diverse water resource portfolio and enacts the next generation of conservation measures. During the 2021 session of the Nevada Legislature, Assembly Bill 356 was approved, which effectively prohibits non-functional turf at non-residential properties and in common areas by January 2027. That is only one example of a conservation measure; golf course prohibitions, swimming pool size restrictions, water price increases, septic tank conversions, water budgets, and large water user policies are under contemplation by the region’s jurisdictions. Even still, population growth is anticipated to continue, but all future development scenarios assume water consumption decline to about 100 gallons per capita per day (GPCD) by 2035 and about 86 GPCD by 2050.

Although the Colorado River is at an inflection point, conservation is key; it will take municipal and agriculture users from all states to come together to address the drought amid record demand. While Southern Nevada has lead, other responses will be necessary to ensure the desert Southwest remains thriving and livable.

About the Author: Marco Velotta