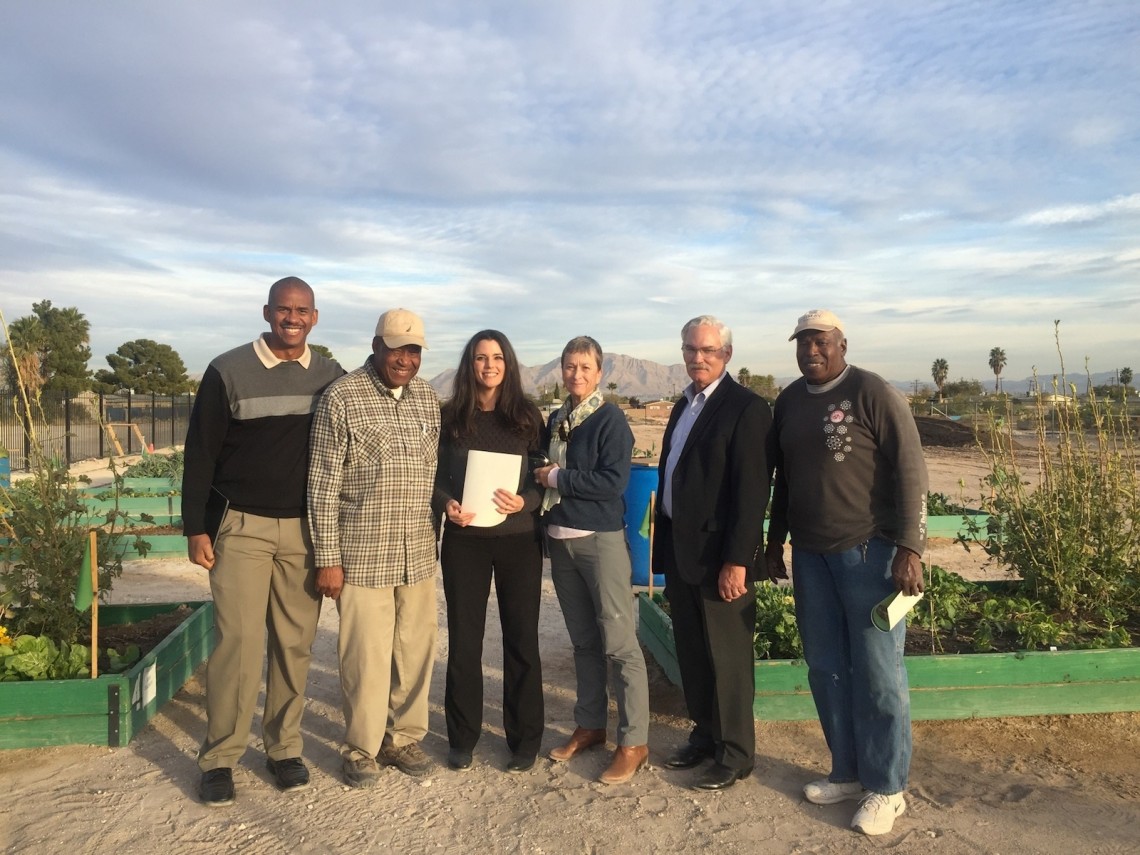 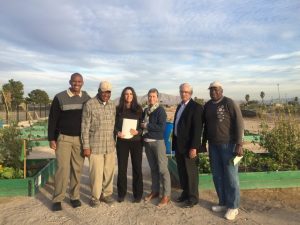 In the middle of one of the highest food insecure neighborhoods in the City of North Las Vegas is blossoming an oasis of kale, spinach, carrots, and other fresh produce at the Zion Garden Park Community Garden at Zion United Methodist Church. For area residents, the community garden is a welcome addition to the neighborhood.

“I never thought that could be a garden,” said Shirley, a member of Zion United Methodist Church about the development of the demonstration garden. “It was always just a desert full of trash and broken glass.”

“People need access to quality, nutritious, and affordable food and the way to get that is to grow it locally,” said Amber Bosket, the Project Director and Board Secretary of the Conservation District of Southern Nevada, one of the forces behind this growing partnership. She is also owner and executive director of State Renewable Energy with her husband, Corrie Bosket, who donated the design and 3D model of the community garden.

In order to bring fresh produce to the community and teach them how to grow and prepare their own food, the Conservation District of Southern Nevada in partnership with Zion United Methodist Church applied for an Urban Agriculture Initiative grant from the National Association of Conservation Districts (NACD). The $47,800 grant received in August was one of the grants awarded by the NACD, in partnership with USDA’s Natural Resources Conservation Service (NRCS). NACD awarded $2 million in grants to 42 conservation districts in 25 states to boost technical assistance capacity for urban agriculture conservation projects.  The grant along with contributions from local, state and federal entities has allowed the group to clean the land and install 40 raised garden beds, surrounded by a wrought iron fence donated by the City of North Las Vegas. They are in the process of installing 24 American Disability Act (ADA) raised beds, which are taller and narrower to accommodate wheel chairs, permeable walkway, patio with shade structure, 30 shade trees, six benches, and a composting area. The grants funds were matched two to one within three months from the start of the project. 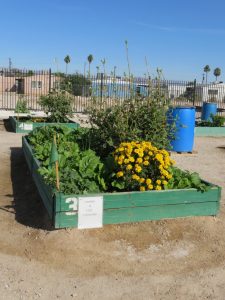 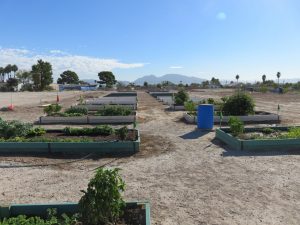 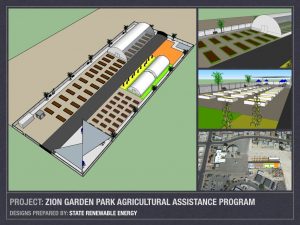 NACD and the conservation districts we represent work on a scale that no other conservation organization or coalition does,” NACD President Lee McDaniel said at the funding announcement. “We have the reach we need to engage the 98 percent of folks who don’t necessarily produce our fuel, fiber, and food, but still can make a sizable and positive difference on the landscape.”

Teri Knight with the USDA-NRCS worked with the group on technical assistance and to acquire their farm number with the USDA-Farm Service Agency (FSA). The farm number will allow the group to apply for a seasonal high tunnel and pollinator garden with windbreak through the Environmental Quality Incentives Program (EQIP). The seasonal high tunnel will extend the growing season and help protect against temperature variations. Knight is also helping secure fruit and nut trees through a grant with the U.S. Forest Service Community Forest Program.

The group is also working with West Career and Technical Academy, a local high school with a licensed nursery who helped grow more than 500 seedlings for transplanting to the garden. The students worked with a group of disabled young adults to plant the seedlings as part of one of their mentoring programs.

At the annual Nevada Association of Conservation District (NVACD) meeting in November in Las Vegas, a tour was provided of the community garden. NACD CEO Jeremy Peters was in attendance to see how the Urban Agriculture Initiative grant was being put to use.

“I am pleased to see the community support for the Zion Garden Park Agricultural Assistance Program project,” said NACD CEO Jeremy Peters. “In addition to technical assistance provided through the urban agriculture conservation grant from the Conservation District of Southern Nevada, it is remarkable to see the strong level of interest and support from the project’s many partners and community members.”

The University of Nevada Cooperative Extension is helping with garden services and workshops. Terra Firma Organics donated all the soil for the garden and the Nevada Division of Environmental Protection has lead efforts to promote landfill diversion by reclaiming wood to be used for the ADA beds. The project has been supported and sponsored by many additional local organizations to include West Career and Technical Academy, PD Landscaping, University of Nevada Las Vegas, Nevada Partners, Impact Sand and Gravel, Star Nursery, Ahern, Lowe’s, and the Nevada Division of Forestry. Other organizations such as the Las Vegas Culinary Academy, Create a Change Now, MGM Resorts International, Wolfgang Puck Fine Dining Group, Southern Nevada Arborist Group, and many others are looking to participate in this program. The program also supports local, federally grant-funded initiatives such as Southern Nevada Strong, City of North Las Vegas Choice Neighborhood, and City of Henderson, Local Foods, Local Places.

Ray Dotson, Nevada NRCS State Conservationist said, “The raw power of partnerships is on full display with this community based project that is led by the local leaders in conservation. The Conservation District of Southern Nevada made this happen – NRCS just followed their lead!”

U.S. Deputy Secretary of Agriculture, Michael Scuse, was recently in Las Vegas and visited the Zion Community Garden to learn more about the program. He expressed his congratulations on a job well done.

Just as the community garden continues to grow and blossom, so does the partnerships and friendships that will allow this effort to make a positive change in the lives of urban residents in the City of North Las Vegas.