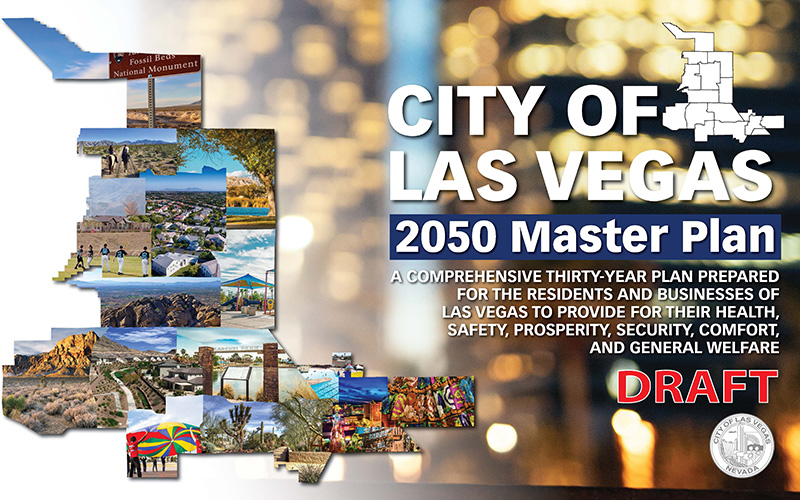 The City of Las Vegas has long been a committed supporter of sustainability and has been a partner with ImpactNV on its sustainability efforts. As with previous partnered efforts, both organizations recognize the importance of a healthy and resilient environment and economy, and have pursued strategies that improve our natural systems, incorporate smart transportation and land use, conserve water and other resources, transition to cleaner energy, and enhance quality of life for our residents, businesses, and visitors.

Over the past decade, the City has worked with ImpactNV to carry forward these efforts at a citywide level and with our leadership, we’ve led not only Southern Nevada, but the country on truly innovative efforts:

As the City emerged from the Great Recession, it looked at growth and identified major issues affecting the region; including: housing, transportation, education, and economic development. On the heels of STAR Communities certification, of which ImpactNV was a partner, development of the ImpactNV Sustainability portal, and the City’s LEED for Cities Gold certification, the City determined the need for a new long-term plan for the City’s future.

Beginning in 2019, the City’s plan development team collected information for the plan and conducted widespread outreach at events throughout the valley, reaching over 6,000 people. The team also employed use of various statistically significant surveys, including from Applied Analysis, and data from STAR, ImpactNV Sustainability portal, and LEED for Cities. A Citizens Advisory Committee, consisting of stakeholders from across the community, helped inform and advise the City and its consultant, SmithGroup, at various points during the plan development process. Throughout public input, community members and surveys indicated the community is concerned about the following top challenges:

Coupled with a land use assessment using a custom tool called Placebuild and incorporated regional consensus population projections from the University of Nevada, Las Vegas’ Center for Business and Economic Research, the team determined that with future suburban development, infill and redevelopment, and targeted transit-oriented development along strategic corridors:

Based on the assessment of existing conditions and projected conditions, a series of mini-workshops with community stakeholders took place to gather additional input, each focused on guiding principles (health, equity, resilience, livability, and innovation) that would be the basis of a drafted vision statement presented to the Planning Commission and City Council:

“The City of Las Vegas will be a leader in resilient, healthy cities – leveraging the pioneering innovative spirit of its residents to provide equitable access to services, education, and jobs in the new economy.”

Data for outcomes were derived from the LEED for Cities effort and provided the foundation for drafting the content of the plan:

The 2050 Master Plan will be heard by the City Council at its June 2, 2021 meeting. The city invites the public and all interested stakeholders to attend publicly or view the meeting online on KCLV Channel 2, Livestream, or City social media. If approved, a companion ordinance will be considered for adoption at the June and July City Council meetings.

About the Author: Marco Velotta

Marco Velotta is a member of the City of Las Vegas Planning Department’s Long Range Planning Division and Office of Sustainability and assists with the implementation of the City’s Sustainability initiative. He graduated from the University of Nevada in 2006 with a Bachelor of Science in Geography, Math minor and a Masters in City Planning in 2008. Marco leads the management and implementation of the City of Las Vegas 2050 Master Plan, a thirty year vision for the future of Las Vegas. Marco is the Professional Development Officer of the American Planning Association’s Nevada Chapter.
Published On: August 30, 2021Categories: Community0 Comments
Share this
Tweet this
Email this