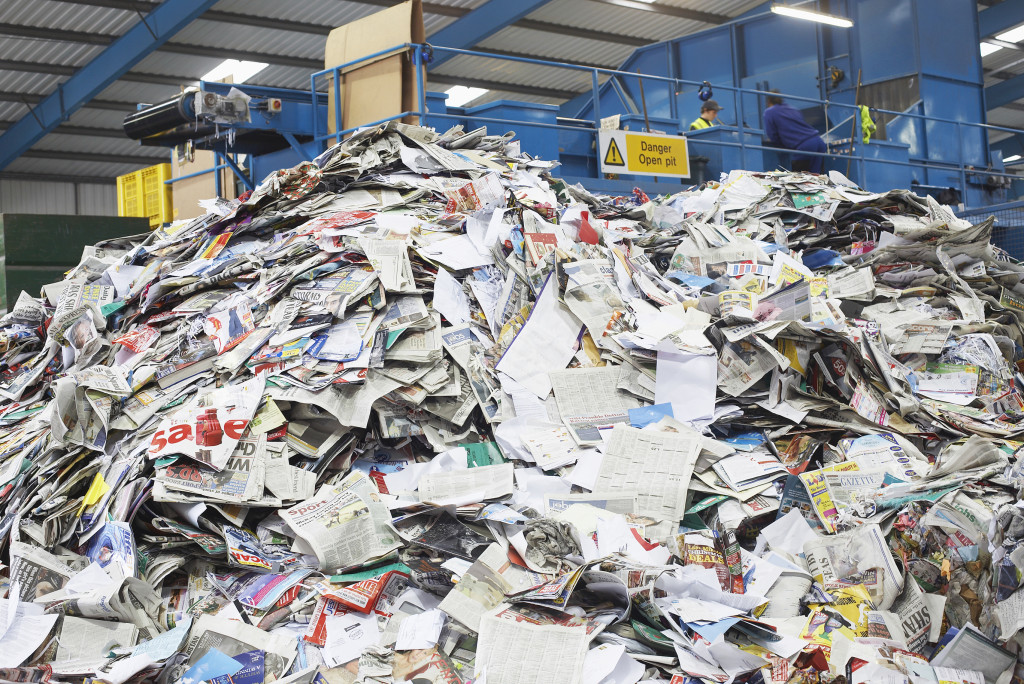 The company broke ground on a 110,000 sq foot expansion of their North Las Vegas facility earlier this month, with a $34 million plan to triple their recycling capacity. The finished building will make this Southern Nevada facility the nation’s largest recycling center, capable of processing up to 70 tons of recyclable material an hour.

As single stream recycling (allowing customers to place all recyclables into single bin without sorting) grows across the valley, Republic Services aims to increase their ability to handle the growth. The company currently provides recycling to over 150,000 homes in Henderson and North Las Vegas, with plans for expansion into unincorporated portions of Clark County and Las Vegas in the near future.

“What we see when we implement the (single stream) program is that the participation rate in a neighborhood goes from about 10 or 15 percent of residents to about 90 percent of residents,” – Republic Services Vice President of Government Affairs Bob Coyle.

More recycling means great things for our community and our environment, as more trash is diverted from local landfills. North Las Vegas has even more to gain, with the new facility expected to create jobs and provide valuable property tax dollars. With the project set for completion in October 2015, these positive effects aren’t far away.

Read more about the new facility on the Las Vegas Review Journal.