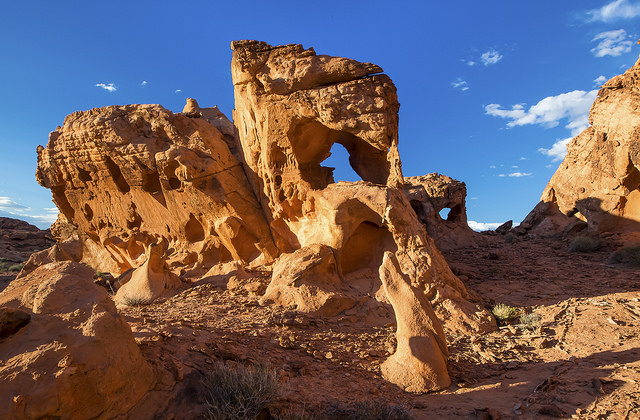 Interior Secretary Ryan Zinke has recommended that the Trump administration significantly shrinks Gold Butte National Monument, Nevada. Zinke fails to mention by how much the 300,000 acre Monument would be reduced by.

Former Montana Congressmen Zinke’s made the recommendation “to ensure that the monument reservation is limited to the smallest area compatible with the protection of the objects identified and protect historic water rights”. This allows the Valley Water District to access their water rights according to Senator Dean Heller.

Trump has said previous presidents have abused the Antiquities act by putting unnecessarily big chunks of territory off limits to drilling, mining, grazing, road traffic and other activities. In April he ordered Zinke to identify which of 27 monuments designated by past presidents should be rescinded or resized.

The move has received significant criticism after Gold Butte National Monument was designated for protection only last year under the previous administration. It is seen by many as an effort to accommodate the same corporate special interests who overwhelmingly benefit from the President’s tax plan to drill for oil even at the expense of the natural beauty and recreation these areas provide for all.

Petitions aiming at saving the Monument have received tens of thousands of signatures and the general consensus is that the Nevada public are strongly against the plan. This is reflected by many local politicians opposing the notion including Senator Catherine Cortez Masto and Dina Titus.

Senator Catherine Cortez Masto”Today’s recommendation, along with yesterday’s by President Trump, threatens over a century of environmental protections guaranteed by the Antiquities Act,”

Rep. Dina Titus stated Zinke has been busy “fundraising and undermining the integrity of the Interior Department.He is in no position to make a sound judgment on Gold Butte”.

There has also been significant and well publicized criticism from Patagonia and REI, the outdoors retailers. They claim the move is illegal and threatens precious lands which should be reserved for the public. A place to be outdoors, learn about nature and enjoy recreation as well as preserving their natural beauty.

Published On: December 6, 2017Categories: Southern Nevada, Sustainability in the News0 Comments
Share this
Tweet this
Email this