I grew up in a small town in Iowa and I never even knew human trafficking was a thing. My childhood was a blur of chaos; my home was filled with domestic violence, drugs, alcohol, sex and late night parties that everyone else in my family turned a blind eye to. I graduated high school and went straight to college and it was one of the best times in my life and eventually in my search for love and belonging I ended up pregnant. I graduated with my AA 9 months pregnant and decided I wanted to move to Las Vegas. Las Vegas was exciting to me; I had never seen so many lights and had never met so many interesting people. I was so naïve and had no idea the dangers that lurked in the corner. I found myself in one unhealthy relationship after another and eventually found myself living in domestic violence. This relationship caused me to lose my home and I had to have my son go live with his father as I could not take care of him.

In my search to grasp onto any hope I met the man that changed my life forever. My relationship with him did not begin with me being forced to sell my body; it did not begin with me being called useless or worthless. It began with butterflies and laughter, it began with dinner dates and nights out, it began with whispered words that made me feel safe, cherished, secure and worthy. Worthiness based on his approval of me. Approval I had never given myself. These actions built the foundation for his psychological control. He created dependence as he strategically removed any safety nets by taking away my autonomy through isolation.

Every day for 18 months I had sex with men I did not know, sometimes 1 man sometimes 5 men sometimes more. In order to ensure I met my quota he would strangle me, threaten to harm my family and child, hold me at gun point, lock me in a closet and refuse basic necessities. He would also buy me flowers, shower me with gifts, take me on dates and have me thinking we were a family. The mind manipulation was daily and it was strategic.

Going to jail eventually set me free from human trafficking but sent me right back into domestic violence. At the time this was not a conscious decision, but trauma bonding is what locked me into these types of relationships. I eventually found myself homeless, hopeless and pregnant. For the next 9 months, I had no prenatal care, worked two jobs and prayed every day that my daughter would be okay. A month before my daughter was born I was able to get a small apartment downtown. It took me 10 years to break the cycle of abuse and go from survivor to thriver.

I have earned my BA and my MSW as well as have received numerous awards and recognitions. I am the Program Director for St. Jude’s Ranch for Children. I also work alongside and support numerous agencies and organizations across the country to help combat human trafficking. There’s not a doubt in my mind that I survived the trauma of trafficking so I could make a positive impact in everything I do in the future. I’m here to be the best Mom I can be, to be the social worker I didn’t meet and to be the warrior advocate who steps in and speaks out. I share my story to let victims know there is hope, to remind survivors our voices are powerful and necessary, and to teach community members what they can do and that they have an obligation to help. I think I’m most proud of the fact I hold courageous conversations with others in the movement, leading them to heal themselves before trying to help others and to remember good intentions aren’t enough. 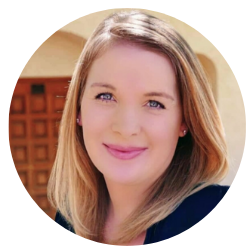 Jessica Halling holds a Masters of Social Work and serves as Program Director for St. Judes Ranch for Children.

We aim to define a new pathway to achieve philanthropic and other funding goals by supporting a holistic, community-centered strategy that emphasizes advocacy and collective impact rather than the traditional approach of contributing financial resources to single, independent entities.

The Fund is controlled and managed by ImpactNV, a 501(c)(3) nonprofit in Southern Nevada, dedicated to mobilizing cross-sector leadership to address pressing social needs and building a stronger community.