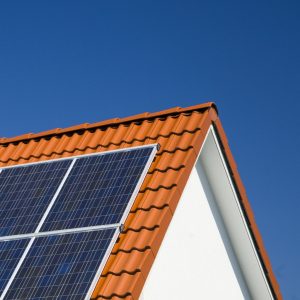 Emerging research demonstrates how energy projects which are owned by the community can provide significant contributions to social wellbeing, resilience and health of a region as detailed in Part 1. Economics however, are often the deciding factor as to whether a project will come to fruition. Traditional projects worked to the economies of scale principles, with the view that larger projects would generate cheaper energy and greater employment opportunities.

Community ownership can play an integral role in ensuring money remains local, allowing countries and communities to build a stronger long term future. Through reducing reliance on centralized energy generated by private utilities, communities can ensure profits created from energy generation remain within the community. Wadebridge, a small town in Cornwall of 8,300 people, created a Renewable Energy Network (WREN), a non-profit community organisation. They conducted a cost analysis of the local energy economy drawing the conclusion that over £13 million was spent annually on energy, £5 million of which was on electricity with minimal amounts remaining locally. This is a very common problem for towns all over the world, resulting in weakened community resilience, brain drain and poorer local infrastructure especially in rural areas.

While much of the world’s centralized energy is generated by large utilities, smaller community energy projects can actually provide greater economic value. A U.S. think-tank study found that local ownership increased the economic benefits of renewable energy projects by 50-240% by keeping money and jobs in local communities. The British government has predicted community projects will result in 12-13 times as much community value reinvested back into local areas as would be achieved through 100% commercial models, before factoring in wider social and environmental returns.

In 2014 all European Union countries were net importers of energy. This has come not only at a financial cost, but also gives rise to geo-political issues relating to energy security as well as damaging local to national economies.

Through community ownership models such as cooperatives, the vast majority of the income from bills remains local and can offer significant returns for local investors. Cooperatives are the most common governance structure for community projects, with local people being afforded the option to buy shares in the project, with a low buy in price. Income is generated by selling energy back to the grid.In many developed countries this is done via a feed-in-tariff type mechanism, paid per kWh generated, income is then split between shareholders.

The National Rural Electric Cooperative Association (NRECA), based in the USA, represents in excess of 900 cooperatives across 47 States, all of which are not for profit. While this is a growing movement the focus is on local development and investment. By attracting funding from local investors it ensures the community’s interests are put ahead of profit making, as happens with traditional energy models. What’s more, investors often see excellent returns on their investment in comparison to bank interest rates. Although this depends on the feed-in-tariff/ net metering rate. If local people are seeing a profit from their investment they are more likely to spend more locally, continuing the cycle of keeping money and profits in the local economy.

Many projects will also set aside a percentage of revenue to be used on local improvement projects and provide grants for local organisations. This can include improving energy efficiency or reducing energy bills in public buildings, supporting local charities or improving energy education to those in fuel poverty.

While there are clear economic benefits of community energy there are still concerns over the financial viability of many projects. Many of the governance models in place rely upon net metering or feed in tariffs. This brings about concerns of the subsidizing of renewable energy, and raises questions of which technologies should be financially supported. On the other hand many fossil fuels are heavily subsidized and green technologies are reducing in cost to the point where they are cheaper than traditional energy methods.

There is a balance required to help promote these new technologies for a duration long enough for them to become economically viable on their own merits. Inconsistent policy surrounding the support of certain technologies can be detrimental to community energy uptake. In the UK, solar had received a healthy feed in tariff rate until 2016 when government drastically cut the rate by 65%. This caused a 75% drop off in solar projects as they were no longer financially viable, additionally it damaged confidence in the industry and led to the loss of over 12,000 jobs. This is despite the fact that it was widely acknowledged that the solar industry could become completely self-sufficient with just a few more years of subsidies.

While it is desirable for community energy and renewable technologies to be self-sustaining, this must be conducted in a measured manner. Abrupt changes in policy can set the industry back years and damages the economic viability and predictability of returns for community projects. This is of particular concern for community projects which often take longer to come to fruition with thousands of volunteer hours and community resources being put in jeopardy.

With their clear economic and holistic advantages in comparison with large commercial projects there is a need to alter policy to protect community projects. Policy should make allowances for the greater benefits of such projects by allowing a greater time frame for completion and maybe a separate tariff for community projects. Distinguishing them from their commercial counterparts and giving communities the confidence to invest in their energy future.